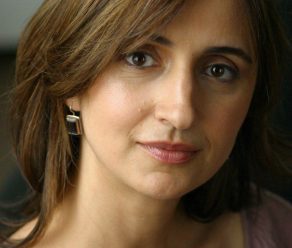 ROYA HAKAKIAN has collaborated on over a dozen hours of programming for network television, including 60 Minutes and ABC Documentary Specials with the late Peter Jennings. Commissioned by UNICEF and narrated by Robert DeNiro, Roya’s most recent film, Armed and Innocent, on the subject of the involvement of underage children in wars around the world, was a nominee for best short documentary at several festivals around the world.

Roya is the author of two collections of poetry in Persian, the first of which, For the Sake of Water, was named Poetry Book of the Year by Iran News in 1993. She is listed among the leading new voices in Persian poetry in the Oxford Encyclopedia of the Modern Islamic World. Her writing has appeared in numerous anthologies around the world, including La Regle Du Jeu, Strange Times My Dear: The Pen Anthology of Contemporary Iranian Literature. She contributes to the Persian Literary Review, and served as the poetry editor of Par Magazine for six years.

Roya’s opinion columns and book reviews appear in English language publications, the New York Times, the Washington Post and the Wall Street Journal among them. She is also an essay contributor to the Weekend Edition of NPR’s All Things Considered. Roya is a member of the editorial board of the journal, World Affairs: A Journal Of Ideas And Debate.

Roya is a founding member of the Iran Human Rights Documentation Center, served on the board of Refugees International and was selected as a Term Member of the Council on Foreign Relations. She is a fellow at Davenport College at Yale. She speaks on the subject of the Middle East and human rights throughout the United States and Europe and has appeared on CSPAN-Book TV, CNN International, CBS Early Show, Now with Bill Moyers, and Fresh Air with Terri Gross.

Roya is also a recipient of the 2008 Guggenheim fellowship in nonfiction. Her memoir of growing up a Jewish teenager in post-revolutionary Iran, Journey from the Land of No: A Girlhood Caught in Revolutionary Iran (Crown) was a Barnes & Noble’s Pick of the Week, Ms. Magazine Must Read of the Summer, Publishers Weekly’s Best Book of the Year, Elle Magazine’s Best Nonfiction Book of 2004, and was named Best Memoir by the Connecticut Center for the Book in 2005 and has been translated into several languages.

Her most recent book, Assassins of the Turquoise Palace (Grove/Atlantic) about Iran’s terror campaign against exiled Iranian dissidents in Western Europe, was named a Notable Book of 2011 by the New York Times Book Review, made Newsweek’s Top Ten Not-to-be-missed books of 2011 and was among Kirkus Reviews’ Best Non-Fictions of 2011. It was also the winner of the Asian American Literary Prize in 2013. At the Yale Thread, she teaches creative writing, and her upcoming book will be out by Knopf in 2020.

Born and raised in a Jewish family in Tehran, Roya came to the United States in May 1985 on political asylum. She lives in Connecticut.

has collaborated on over a dozen hours of programming for network television, including 60 Minutes and ABC Documentary Specials with the late Peter Jennings. 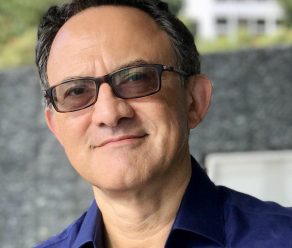